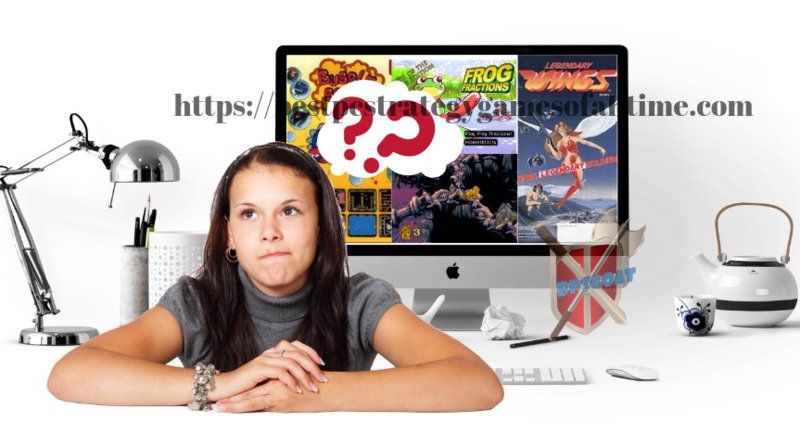 How To Play Video Games

Video games can be played on various video game consoles, a computer or mobile device.

To play a video game on a computer you use a keyboard and mouse or various game controlers (like a gamepad, flight stick or steering wheel) for the input control of the video game and the output will normally be displayed on a monitor

How To Play Video Games On A PC

What Is A Video Game Console

A video game console is an electronic machine designed mainly for playing video games in the comfort of your living room. The input device is normally (but not limited to) a wireless gamepad and the video game console connects to your TV as the output display device.

Playing Games On A Mobile Device

There are two main mobile operating systems at the moment: Android and OS for Apple phones.

For Android phones you will navigate touch the Google Play Store app on your phone that will take you to the application store for your Android phone.

From there you can search and download or purchase a game compatible with your phone. The game will now be available in your list of applications on your phone.

For Apple phones, typically called iPhone, you will touch the Apple App Store app on your phone from where you can browse and download compatible games for your phone.

For mobile devices the input device (game controller) will be the touch screen which will also be the output display for the game.

What Is A Game Controller

A game controller is a device used for controlling an object or character in a video game. It is therefore an input device for interacting with your video game or, in other words, giving (input) commands to your game.

Game controllers come in various different designs that fulfill the specific need for the video game.

A popular game controller is called a gamepad. It is designed in such a way that it fits snugly in your hands and it is capable of acting as the input device for most video games today.

The most commen input device for video games on a computer is the keyboard and mouse but you also get game controllers for specific games.

What Is The Purpose Of Video Games

As mentioned before: It is mainly to entertain. In days before the computer, games still existed for the exact same purpose.

The main difference it use to be a healthy activity that excercise the body while having fun.

Video games mostly do not promote physical health but it can be beneficial in other areas and used as an aid or tool:

Learning can be made fun in the form of a game. Like a mathematical game or learning to type. Some games can improve your hand-eye coordination. It can improve your general knowledge by playing some trivia games.

Flight simulators are used as a training tool for pilots in a safe environment and simulation video games are actually a big category.

Some games were developed for training purposes and promoting teamwork. Games such as ARMA II and Operation Flashpoint: Dragon Rising comes to mind. Military games like that obviously becomes a popular hit for those wanting to blow things up and shoot some guns.

I firmly believe you can learn good teamworking skills from games like ARMA, Operation Flashpoint and the Battlefield titles.

For the most part, video games are just mindless fun but in my opinion it can also be a much better way of spending time and having fun than binge watching a TV series or watching movies all weekend long.

I am not excluding video games that tries to get you off the couch and it sometimes feel that I am one of the few that loved this idea. I am talking about consoles like the Xavix (endorsed by Jackie Chan) and the Kinnect from the Xbox 360 days. I still own both for precisely that reason: Getting some excercise and just because I love interactive games like that.

Between the Kinnect and Xavix, the Xavix rules supreme in my opinion. Not in graphics but in the motion aspect of it all.

All-in-all: Too much of anything is bad for you whether it is food, medicine or red wine. Everything in moderation with a good balance may just be a good thing overall.